TCM is incredibly important for a younger classic film fan like myself. While I grew up with a library of VHS tapes and DVDs representing movies from every decade, the movie collection available just by having TCM is incomparable. I just hope the #DontTouchTCM effort reaches the top of Turner and nothing changes at TCM. 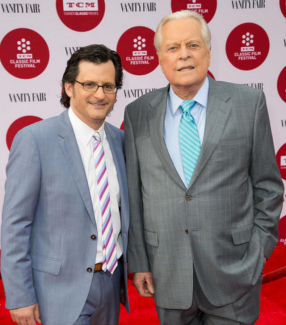 When Turner Broadcasting announced job cuts yesterday that would eliminate nearly 1,500 employees, many TCM fans began to worry about the fate of their favorite channel – and the loyal men and women “behind the curtain” who work to keep classic film relevant and accessible.

But one viewer decided to do something about it.

Elise Crane Derby, a Los Angeles based writer and media blogger, took to her blog to pen an open letter to Turner’s New York-based CEO John Martin, the man who will dictate the headcount reductions that are expected to take effect within the next few weeks. Reports have indicated that 975 Atlanta-based employees will be laid-off, more than 15 percent of Turner’s workforce in the city of their founding.

“TCM is a family to us and we can’t imagine a single person is expendable,” Derby wrote on The LA Rambler. “It is every one one of…

One thought on “As Turner Layoffs Loom, One Fan Says #DontTouchTCM”